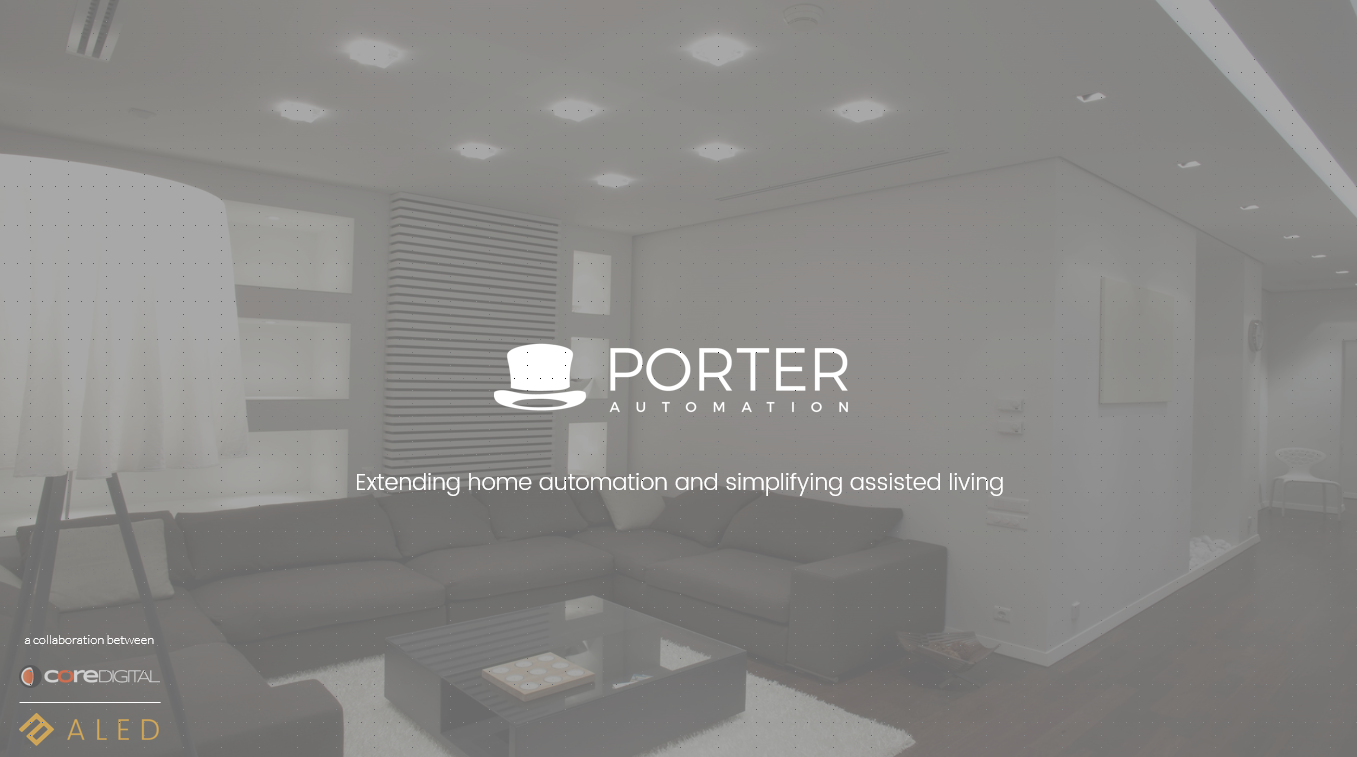 Porter HA (Home Automation) was a collaboration with ALED Electrical in Perth, WA. ALED installed home automation systems for clients, some of which required assisted living services such as live-in carers, or additional accessibility devices in their home. Many of the home automation installations were a few years old and they weren't always compatible with assisted living products, such as door & window openers, blind & curtain openers, entertainment controls, and so on. Porter allows incompatible devices talk to home automation systems.

When we were designing Porter, our main focus was bringing independance to the client. We were able to bring this by reducing the number of hours an on-site carer was required. Porter was able to pair with almost every piece of legacy / incompatible hardware that we had available to test with. The most used and requested features were the proximity and voice actions.

The proximity-based actions allowed users who did not have the use of their arms or legs to move around their homes freely. They did not require someone to open doors, they didn't need a carer to change the environment controls on the wheelchair, they didn't need someone to turn lights on or off. We used Bluetooth beacons placed around the home to determine where the user was. We then created specific thresholds and smoothed the values captured by the device attached to the chair. We could then determine how steady the signal was and wether the user was in motion or not. If the signal remains the same for more than a specific amount of time (defined when setting up the device), it would then be classed as an intent and then toggle the device. We primarily used this feature to open & close doors, and turn lights on or off (depending on the time of day).

The voice activation feature of the Fibaro Home Center 2 was not the best. Fortunately, we were able to integrate Apple's HomeKit into Porter and allow all of the proximity based features to be controlled with the user's voice. This solved some of the problems we encountered. For example a user enters a room, and they put a movie on. They want to turn the light off. They could exit the room, but then they wouldn't be able to see the movie. This allowed a user to say something as simple as "Hey Siri. Turn the living room lights off".

You can download a PDF version of a Power Point presentation we put together when developing Porter. Download the PDF.